Please contact me if you would like to buy or discuss details about the items I have for sale. 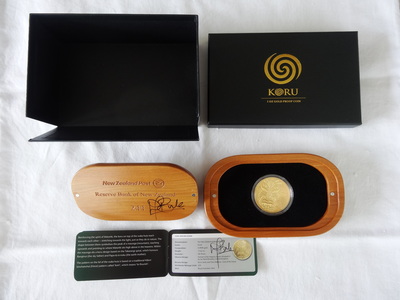 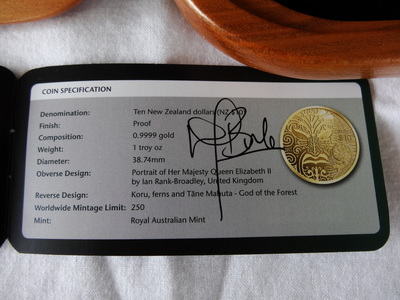 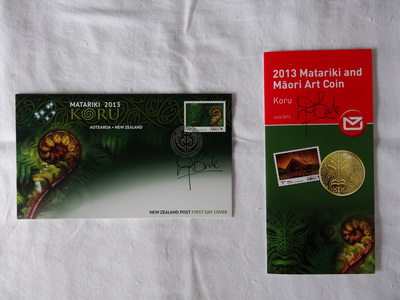 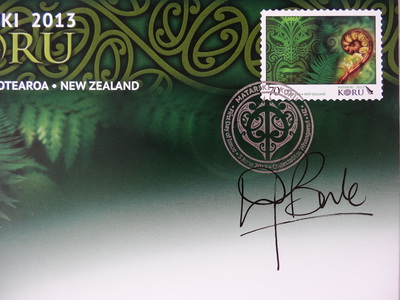 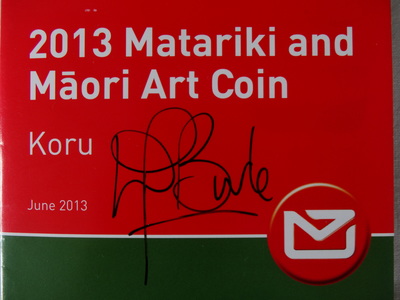 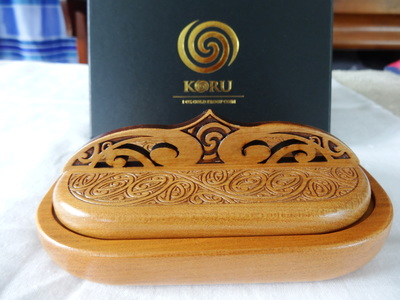 The Certificate of Authenticity card number is :  244 [CoA is signed by Designer Dave Burke]

Also accompanying the coin is :
1 x Dave Burke signed stamp cover with same design as coin [unique and only 150 signed]

NOTE : Less than ten Gold coins have had the Certificate of Authenticity and inside lid signed by this coin’s designer Dave Burke - Graphic Artist of Ngai Tahu iwi.


Rotorua Stamps and Coins specifically works with Maori Designers, and takes their coin issues to another level of scarcity.  Dave Burke has since gone on to design many other New Zealand stamp and coin issues, including the recent 2015 Anzac colourised coin issues which also include the unique 50c piece.

Specifics are :  Coin is struck to the pinnacle of proof quality in 1 oz pure gold, encased in a wakahuia [treasure box] – Crafted from NZ Kauri.

Very Rare mintage of only a mere 250 Gold coins issued, this coin is very rare, and sold out within three days of NZ Post posting on their site.

COIN DESIGN   :  The intricate design of the coin features the Koru and rauponga beautifully engraved with three-dimensional relief, giving the coins incredible depth and dimension. The depiction of Tane Mahuta contains striking contrasts between the frosted koru and the polished background – resulting in visually powerful coins that are not to be missed. This same piece features on one of the 60c stamps in NZ Post's 2013 Matariki Stamp issue, as shown on the special stamp cover that accompanies this sale.

WAKAHUIA DESIGN  :  The design of the waka huia pays respect to Matariki and celebrates the dawn of the new year. The koru on top of the waka huia reach towards each other and symbolise growth, new life, regeneration, belonging, unity, purity, aroha [love], nurturing, peace, balance, positivity and new beginnings. As the koru grows it stetches out and reaches toward the light. The pattern on the lid of the waka huia is the koiri and means to flourish.

THE DESIGNER :  of the 2013 Coin, Stamp issue, and wakahuia is renowned designer Dave Burke.  Dave is of Ngai Tahu [South Island] descent, and a graduate of the Otago School of Fine Art. He has 20 years experience working in field of art, design and advertising.

MORE INFO ABOUT MATARIKI   :  "When the star cluster known as Matariki appears in the night sky it signals the Maori New Year and a time of new beginnings. Matariki is a significant event for Maori, and is widely acknowledged to signal a change of seasons. In traditional Maori society, Matariki was believed to foretell whether the year ahead would be plentiful. It was a time of festivity, when communities would come together to reflect on the past and look ahead to new beginnings. The message of new beginnings is represented in the koru pattern, which is derived from an unfurling silver fern frond”.